Masan gets cracking on ‘Point of Life’ platform 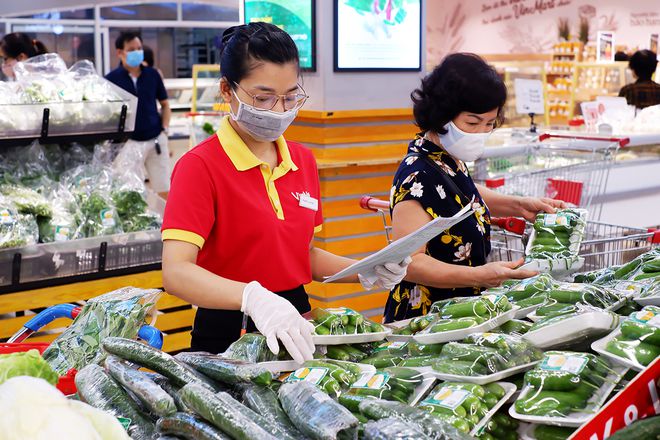 HCM CITY — Transactions worth millions of dollars recently have enhanced Masan’s likelihood of succeeding in its efforts to develop the ‘Point of Life’ platform.

In the last two months Masan has been one of the most mentioned names in the financial market as it carried out a series of large M&A deals.

In April SK invested US$410 million into VinCommerce. Then, in the middle of May, Alibaba and a group of investors invested $400 million in The CrownX. Soon afterwards Masan spent $15 million to acquire a 20 per cent stake in Phúc Long Heritage, which owns the tea and coffee chain of the same name.

The deals were strategic components in the gradual transformation of The CrownX into a ‘Point of Life’ platform, both offline and online. It will become a one-stop shop platform to serve consumers’ essential needs in terms of finance, education, society, entertainment, and healthcare, Danny Le, CEO of Masan Group, said.

Of Masan's recent M&A deals, the one in which a consortium led by Alibaba Group and Baring Private Equity Asia invested $400 million into The CrownX is considered by analysts the biggest push forward for Việt Nam’s retail-consumer unicorn.

Alibaba is an e-commerce group that dominates a market of more than one billion people in China. Its subsidiary Lazada is one of Southeast Asia’s leading e-commerce platforms.

Lazada has been one of the top three online shopping sites in the Vietnamese market for many years with more than 20 million users and a logistics and warehousing infrastructure spread across the country.

As part of the Alibaba transaction, VinCommerce and Lazada will become strategic partners, and consumers will be able to shop for VinMart products on LazMall.

Danny Le said: “In the short term we aim to immediately deploy processing orders on LazMall at 10-15 VinMart supermarkets in HCM City and Hà Nội for 1,000 to 2,000 most essential products. Most of them will be fresh and packaged foods.”

In the long term VinMart and VinMart+ stores can become pick-up points for customers shopping on Lazada. Both parties will also analyse the data about their shared customer base to better understand consumers. 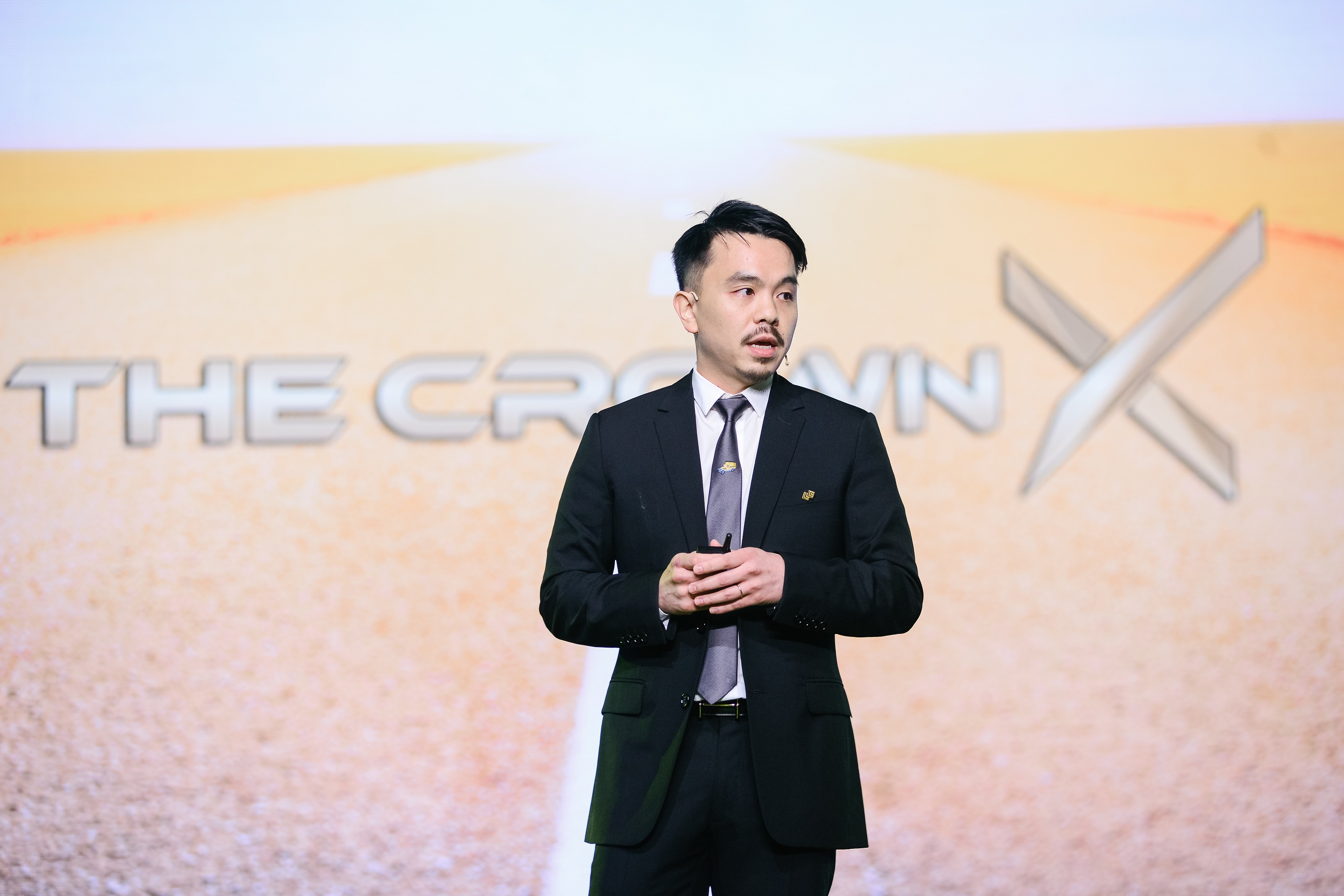 VinCommerce holds the number one position in terms of retail network with more than 2,200 VinMart+ stores and over 120 VinMart supermarkets nationwide.

Its partnership with Lazada and Alibaba to develop its online sales channel provides The CrownX with all the critical factors needed to enable it to become the leader in the offline to online (O2O) market in Việt Nam.

Masan is completely confident about the success of its O2O retail model. In the US, Walmart is the number one online grocery retailer, not Amazon, thanks to its 5,000 supermarkets and 150 million offline customers.

The largest supermarket chain in the US focuses on the ‘click and collect’ model that allows customers to shop online and receive the goods at Walmart stores.

A recent report by Viet Dragon Securities Corporation (VDSC) citing data from McKinsey, Kantar World Panel and Asia Plus Inc points out that the penetration rate in terms of online grocery and food shopping in Việt Nam is only 2 per cent compared to 10 per cent in China and 20 per cent in South Korea, meaning there is great potential for growth in online sales of essential items.

Masan wants The CrownX’s online gross merchandise to account for 15 per cent of its total sales in 2021-25. 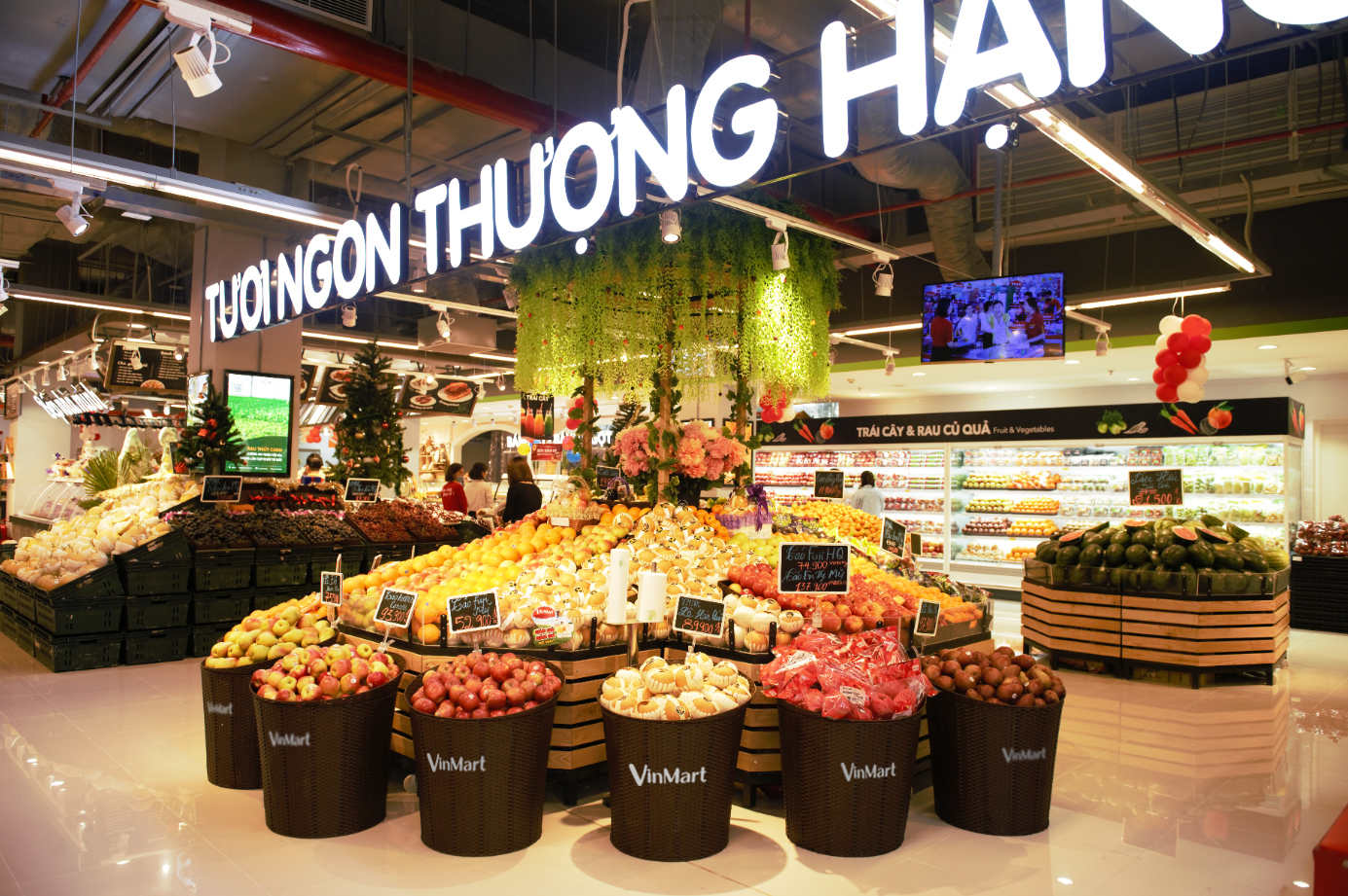 For customers’ and shareholders’ benefits

Besides expanding its scale, Masan's new M&A deals will also improve its operational efficiency and profit margins, especially The CrownX’s.

This will enable consumers to benefit from its ‘Point of Life’ business strategy, while Masan shareholders will receive added value on their investment.

Right in its first year of becoming part of Masan Group, VinCommerce for the first time posted positive earnings before interest, taxes, depreciation and amortisation (EBITDA) in the fourth quarter of 2020. In the first quarter of this year its EBITDA margin reached 1.8 per cent, and the growth momentum will continue in the coming quarters.

VDSC forecast that developing an online sales channel with Lazada would continue to optimise operational efficiency and profit margin for The CrownX's retail system.

VinCommerce’s revenues will increase thanks to Lazada's large customer base and shipping system.

This calculation is based on the expected daily revenue of VNĐ5 million for each Phúc Long kiosk. However, the four kiosks at VinMart+ stores in HCM City are earning VNĐ8 million each even in the trial phase.

The $400 million investment by the consortium led by Alibaba Group in VinCommere implies a pre-money valuation for the company of $6.9 billion.

The $6.9 billion figure is the value of The CrownX's stakes in Masan Consumer Holdings (approximately 86 per cent) and VCM (approximately 84 per cent), combined with the synergies of the retail-consumer ‘Point of Life’ platform that Masan aims to accomplish.

Danny Le said confidently The CrownX's valuation doesn't just stop at $6.9 billion. The value of The CrownX will increase by three to five times in the coming years. This is also added value that we want to bring to investors.

SK's $410 million investment in VinCommerce testifies to the confidence domestic and foreign investors have in the growth potential of the modern grocery retail segment.

Masan is expected to complete another strategic investment in The CrownX with another group of investors. Negotiations are ongoing and the value of the deal is estimated at $300-400 million.