Behind the $455 million valuation of Phuc Long

With the synergy of resources from Masan’s consumer-retail ecosystem, Phuc Long has quickly scaled up its operation in terms of revenue, stores, and enterprise valuation. 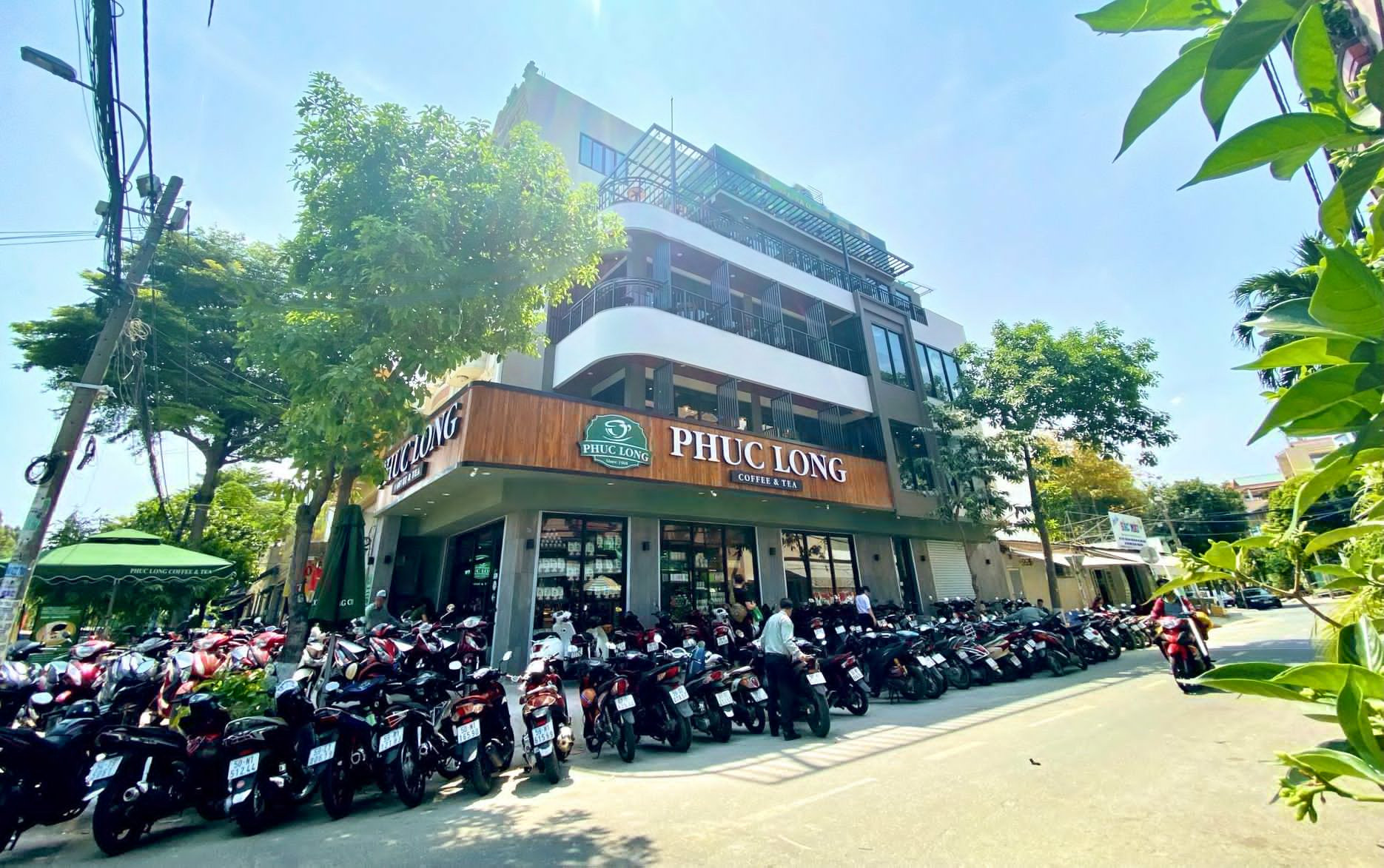 Masan Group, through its subsidiary The Sherpa, has recently spent $155 million to scoop up another 34 per cent of Phuc Long's shares, raising its ownership in this coffee and milk tea chain to 85 per cent. After this deal, Phuc Long has a valuation of up to $455 million.


40-50 flagship stores to open this year


Phuc Long has achieved outstanding value growth in a short time thanks to the incorporation of the long-standing Vietnamese tea and coffee chain into Masan’s consumer-retail ecosystem.
After the first six months of the year, Phuc Long now has over 1,000 stores – more than ten times the number it had at the same time last year. It has opened 971 kiosks in WinMart+ stores within one year, setting a new record in Vietnam’s food and beverage (F&B) market.
As a result, Phuc Long posted revenue of $35 million in H1 2022, up by 40 per cent from last year. In the second quarter alone, the company saw its revenue up 50 per cent compared with the same period in the previous year.

Among the models Phuc Long is operating, flagship stores have witnessed a marked improvement in operational efficiency. The revenue of flagship stores jumped by nearly 20 per cent on-year, reaching $23.4 million in the first six months of this year.

In addition, flagship stores recorded a net profit after tax margin approaching 25 per cent. These stores are expected to be the primary driver of Phuc Long's revenue and profit growth in the second half of 2022 and the company aims to open 40-50 more flagship stores in the coming months. 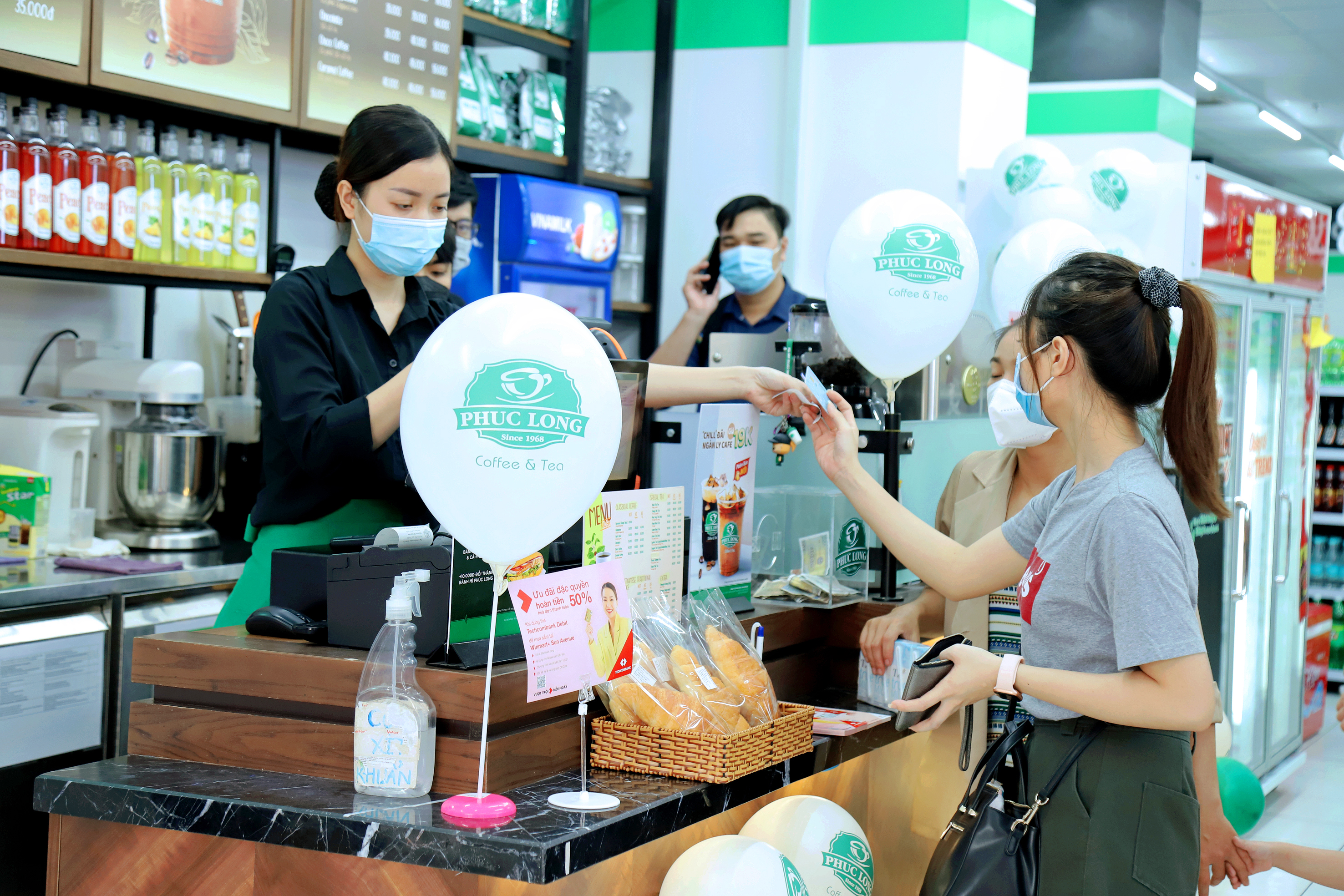 Phuc Long kiosks in WinMart+ stores show positive signs although these kiosks have yet to achieve their targeted revenue. Phuc Long kiosks usually update their menus to include seasonal drinks along with their best-selling favourites to increase their capacity to draw in customers.
Most recently, Phuc Long unveiled a new menu for its kiosks. Immediately, the new menu increased the average one-day sales of each kiosk to 75 per cent despite not being widely promoted. The company aims to increase the revenue of Phuc Long kiosks by 150 per cent with this new menu.

This is one of the benefits that Phuc Long has received from Masan. With decades of experience in the fast-moving consumer goods industry, Masan possesses market-leading research and development capabilities with deep customer insight and the ability to constantly develop new products that meet new consumer trends.

The company also grasps the needs of consumers who look for a convenient and fast shopping experience at WinMart+. Thus, Phuc Long has launched a diverse and convenient menu for office workers alongside the brand’s signature tea and coffee drinks to cater to customers at WinMart+ retail outlets.

At the same time, the Management Board also made the bold move of closing ineffective kiosks. Phuc Long is in the process of reviewing the effectiveness of its kiosk system. It has so far suspended the operation of 84 integrated points of sale in WinMart+ stores while accelerating the opening of new ones.

Is a valuation of $455 million for Phuc Long expensive?

Phuc Long has demonstrated its strong internal strength by sailing through the pandemic. In 2021, it achieved revenue of $44.8 million and a net profit of $9.1 million. These figures are desirable for the whole F&B industry at a time when many chains were temporarily shut down for 3-4 months amidst the pandemic.

After the most difficult year since its operation, Phuc Long still achieved a net profit margin of 20 per cent. Meanwhile, many large F&B chains in Vietnam, even during normal operations, only record around 5 per cent.

Phuc Long is a long-standing brand that has captured the hearts of many generations of Vietnamese customers. With support from Masan, it has optimised its revenue and profit efficiency compared to the market average.

The brand is poised to accelerate its operation to conquer the Vietnamese tea and coffee market with an estimated value of $2.3 billion.

There is a solid foundation for investors to expect a valuation of $455 million for Phuc Long, which is not the final figure. Currently, large F&B chain models in the region such as Jollibee in the Philippines have a price-earnings (P/E) ratio of nearly 27 times. Meanwhile, the Luckin Coffee chain in China has a P/E ratio of nearly 33 times, according to Yahoo Finance.