A series of major financial institutions in the world have just raised the valuation of Masan's stocks. This is attributable to the bright prospect of The CrownX (TCX) to become the leading consumer platform in Southeast Asia, after securing investment from e-commerce giant Alibaba and a partnership agreement with Lazada. 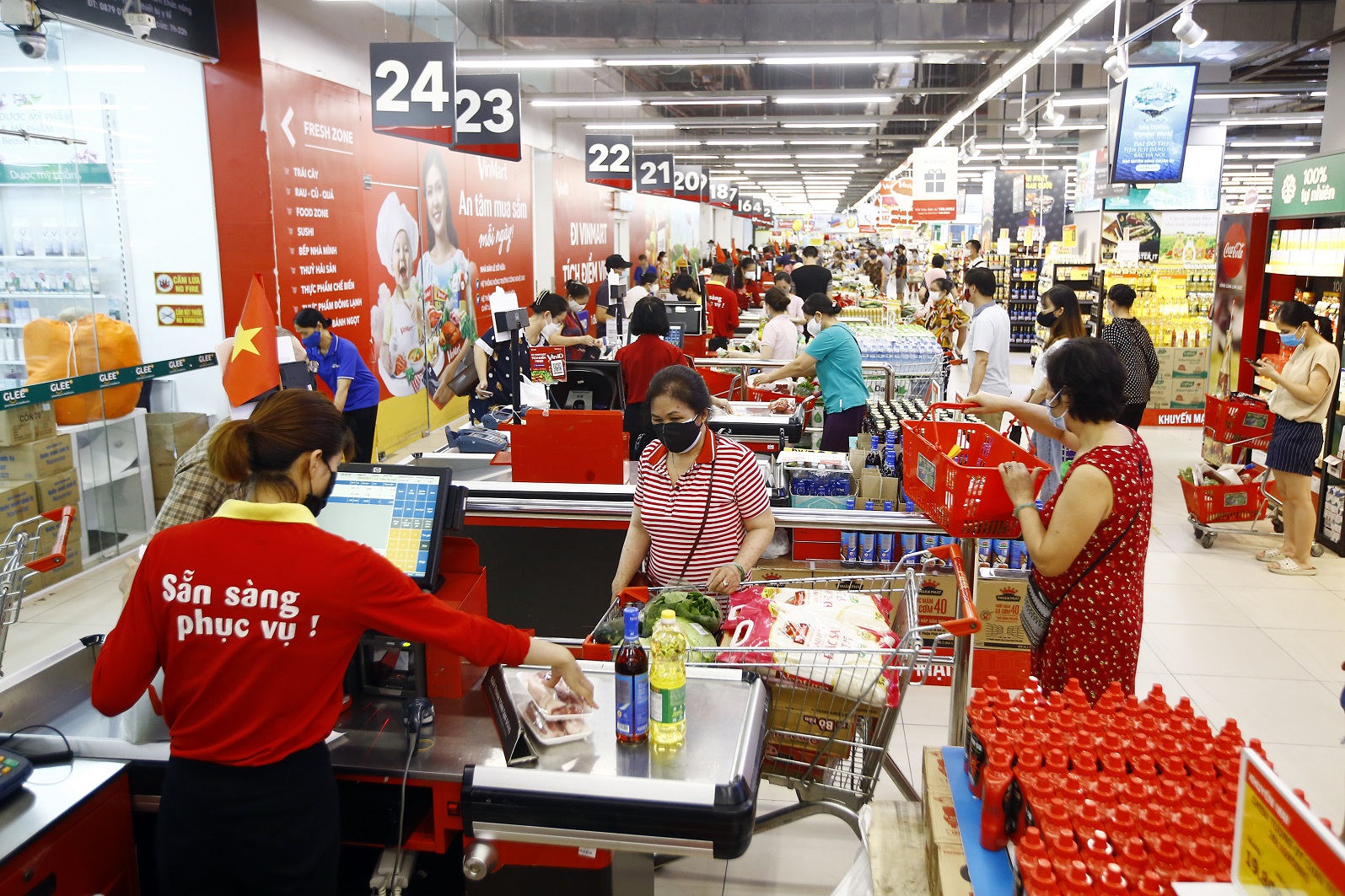 Masan's stock price (HXS: MSN) has continued to rise in tandem with its strong business results, up 83 per cent in 2021 and outperforming the country index of 35 per cent. The stock market's increasing velocity reflects the company's business results during the past year. However, the stock price has yet to reflect Masan's prospects.

Many international financial institutions have recently given a buy recommendation for MSN. In January, the Bank of America (BofA) initiated MSN with a buy target price of $8.77. Meanwhile, HSBC initiated MSN with a buy target price of $8.83. The valuation is 37 per cent higher than the price range in early January, and much higher than the valuation of roughly $7.5 given in the middle of last year. The main reason is that Masan has unveiled a clearer roadmap for TCX – its integrated consumer and retail platform.

Even though the stock market is not very favourable in the second half of 2021, TCX plays a key role in driving MSN's price. TCX has attracted a large capital flow from large corporations and institutions, which reflects investors’ expectations. A consortium led by Alibaba has injected $400 million to purchase shares from TCX. Meanwhile, SK Group from South Korea also pours $340 million into the company.

With a recent valuation of approximately $7 billion, TCX is a successful merger between the food and beverage sector (Masan Consumer Holdings, MCH) and the WinCommerce retail platform (WCM). An estimated 98 per cent of Vietnamese families own one of MCH’s products like instant noodles, condiments, and soy sauce. Meanwhile, WCM accounts for nearly 21 per cent of the retail market.

TCX could become the leading consumer platform in ASEAN after securing investment from Chinese e-commerce behemoth Alibaba. In addition, the partnership with Lazada, Alibaba's e-commerce platform in Southeast Asia, is expected to facilitate Masan break into the still-developing online grocery market, as well as convert WCM from an offline retailer to a comprehensive online platform.

During the past year, TCX's competitive advantages have become more obvious thanks to the improvement in business performance of the WinWart/WinWart+ retail chain and many mergers and acquisitions. HSBC sees further upside ahead as Masan goes digital and taps into Vietnam’s young and tech-savvy population. The synergy of Masan's business segments also contributes to the positive outlook. 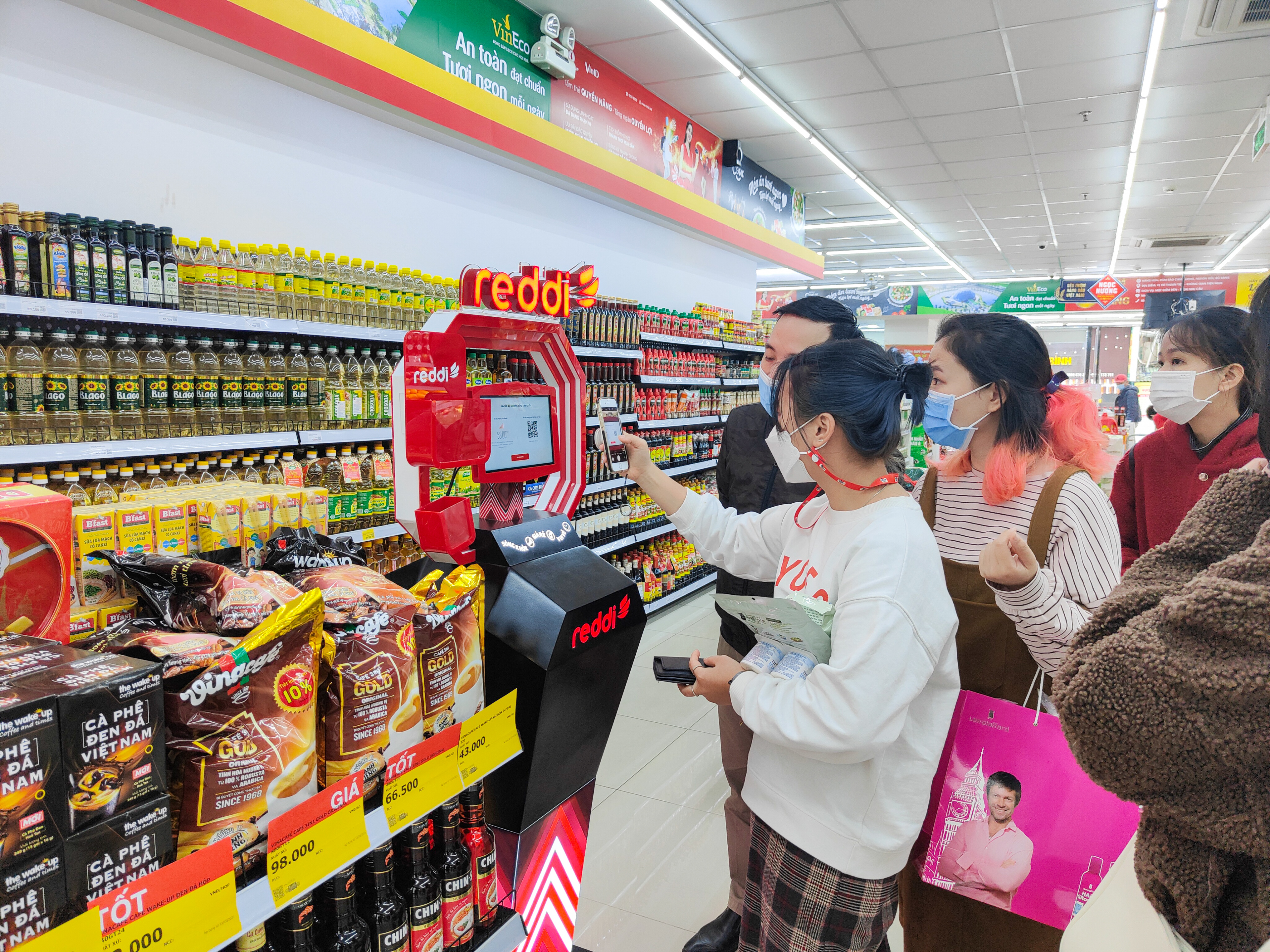 Retail has ample opportunities in an emerging market with a rising middle-income class like Vietnam. In the retail industry, MSN is doing fairly well in management with positive results.

The representative of Masan said that WCM is on track to complete its store expansion plan and achieve the revenue growth target for 2022. WCM has opened 284 new stores in the fourth quarter alone, accounting for over 73 per cent of the new store in the whole year.

With a target to open 10,000 WinMart+ stores and 20,000 franchised outlets, HSBC sees this as a significant opportunity for Masan to consolidate market share, as the convenience store industry in Vietnam remains fragmented. “Mirroring the trajectory in developed markets, offline convenience stores are set to prosper as their focus on providing immediate convenience to the consumer remains relevant even with the increasing prevalence of e-commerce,” HSBC stated.

According to HSBC, there are likely incremental sales benefits of at least 10 per cent from online sales and in-store pick-ups. Meanwhile, BofA pointed out the offline-to-online transformation, including the partnership with Lazada, is expected to boost Masan's online sales. Profit is also expected to increase as Masan expands its private brands and convenience stores to serve the needs of online shopping and in-store pick-ups.

TCX’s bright outlook also lies in the synergy from its various services, including consumer goods, pharmaceuticals, food and beverage services, financial services, and telecommunication through Reddi. This mini-mall model is based on the point-of-life strategy, which has been recently introduced by Masan.

HSBC thinks Masan’s intends to build on synergies between Reddi and its other subsidiaries, providing a myriad of services to end-consumers. This will assist sales increases per square meter, which will result in higher earnings in the future.

There is also huge growth potential in the telecommunication sector. Leveraging a recently approved mobile money programme, HSBC thinks Reddi can expand into payments and target users without bank accounts. HSBC models Reddi’s potential and estimates that, if it can achieve a 1 per cent share of the mobile market by 2025, its incremental revenue contribution to the overall group will be around 1 per cent.

After a period of restructuring, TCX's structure has become clearer. The financial pressure on the parent company is decreasing. MSN is improving its capital allocation after continuously divesting capital from non-core industries such as the transfer of the feed business to De Heus.